Louise Bourgeois 1911-2010 A Life Worth Celebrating 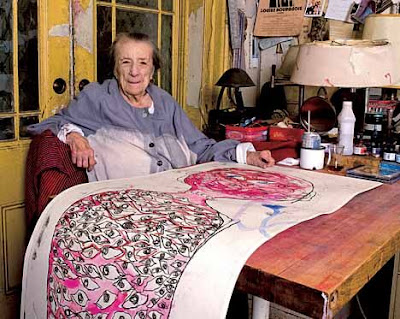 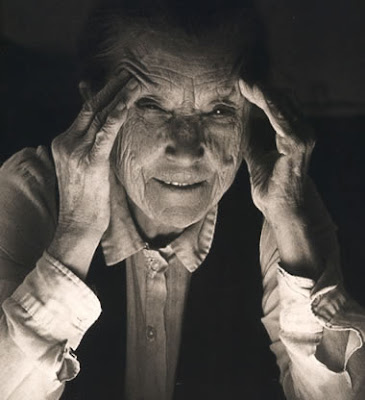 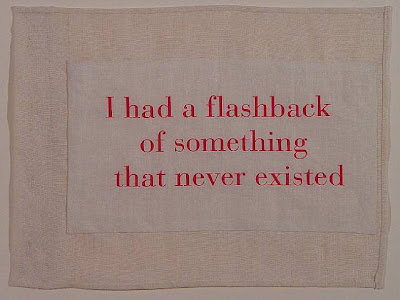 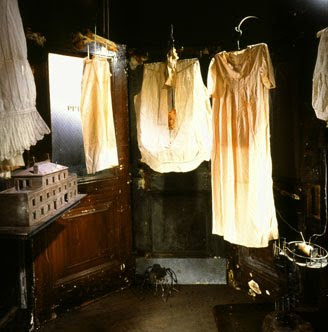 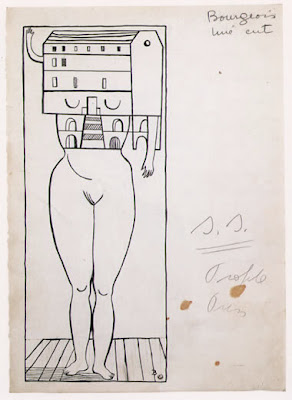 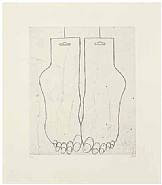 Feet,1999
I just heard that Louise Bourgeois died yesterday. She was almost a hundred years of age and one of my heroines.
She's one of the artists whose work I've re-visited quite a bit recently. She was such an inspiration to me. A prolific artist who produced artwork almost every day of her life.....I'm sure it's having such a creatively fulfilling life that guaranteed her longevity.
One of the attractions of Borgeois' work, for me, has always been her use of fabrics and textiles, and processes that would be considered intrinsically, domestic or feminine.
One such piece, that has a beautiful concept, comprises a set of books made out of the curated textiles of her life, kept from as long ago as the 1920's. It's entitled 'Ode to l'Oubli', literally 'Ode to Forgetfulness'. Amy Newman of The New York Times, elaborated that this was in the 'Proustian sense'. She also informed us that whilst "many people's closet-cleaning cast offs find their way to the Goodwill. Louise Bourgeois made hers into poetry............her 36 page fabric-on-fabric book is an extraordinary and poignant object: a tactile diary of the long, trans-atlantic, unusually examined life of the artist."
It's amazing the way that a scrap of fabric can conjure up a time and a place...a moment...in just the same way that a fragrance can return you to somewhere long forgotten. Also how the mind over time can play with that memory.
I've probably referred to another of her textile works
previously, the emotive textile installation, entitled Cell VII that she produced in 1998. I'm always attracted to installations that involve the use of light and lanterns. A further element that always compels me to take another look, has to be the use of clothing. As this work utilises both, it moved me a great deal.
As does, much of the work of another French Artist, Christian Boltanski. He often uses clothing, sometimes piles of them in his installations such as Personnes,2010 that can't help but bring to mind images of those piled up in concentration camps like Aushwitz. When you learn of his heritage it's no wonder that these themes creep into his work.
Reading Bourgeois' biography her influences soon become patently obvious too. Louise's surname appropriately reflected her social class, being born into a bourgeois family in 1911. Who at one time owned a gallery specialising in tapestries and later set up a workshop for their restoration.
Her father searched for tapestries whilst her mother, along with their employee's, restored them. I seem to remember watching a documentary of Bourgeois' life that depicted women, bent-over dyeing wool, working the thread for this purpose. This along with her fathers promiscuity, Bourgeois' knowledge of this and her mothers acceptance, but failure to confront him, is the fertile ground that Bourgeois found much of the inspiration for her work. Even the huge metal spiders that she produced, because of their ability to spin thread represented her mother.
She often used the spider as a the subject of not only her sculptures but also of the simple line drawings, that I love and that formed a huge part of her work.
In later life, Bourgeois who was working up until the week that she died, despite all this, said that, "my childhood has never lost it's magic." I for one, can see that spark of magic in all her life's work. It's a life that is certainly worth celebrating.
Posted by debby emadian at 14:27