Another exhibition that I almost missed was Rearranging Formulae: Unwrapping Books at the 03 Gallery at the Oxford Castle. I can't believe it'd been on for almost a whole month and I didn't even realise.

The concept of the exhibition was fascinating. Science and Maths books were selected and donated by the Oxford University Press, each was given a number and then a draw taken to allocate them to 27 different artists. The books were then wrapped and given to the artists who responded with a piece of work.

The work was really diverse. I've posted images of the ones that caught my attention the most.

I was drawn to Marine Ecology by Nichola Nixon, probably something to do with my love of ephemera... 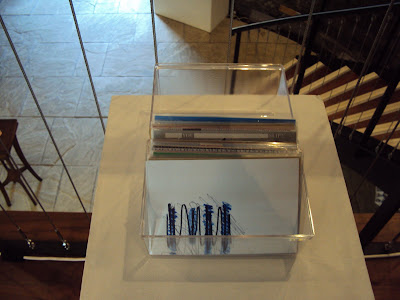 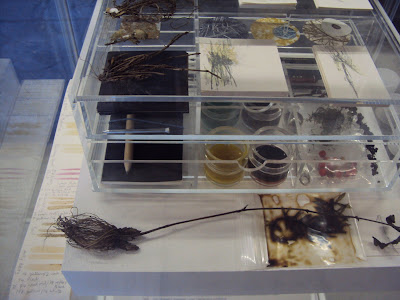 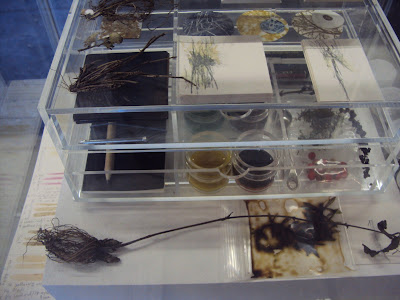 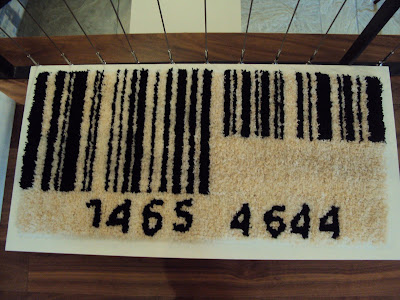 I loved that a piece of music was composed in response to the production of this little bar code rug. Which you could hear by cranking a handle.

I was drawn to the installation below by Annabel Ralphs entitled 'a diagram is not a proof?' I'm not sure exactly what it was that made me spend so much time with this piece, something about the order and tidiness of the work. 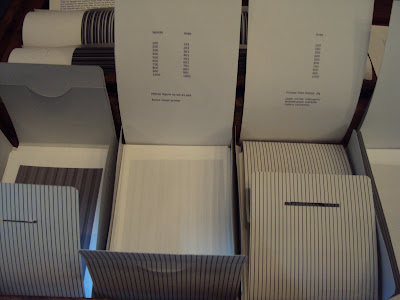 Kate Hammersley's I just, was a clever play on The Selfish Gene by Richard Dawkings. 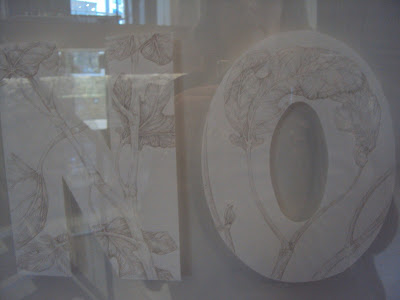 But the piece that held my attention the most was The Durds, created by Felicity Shillingford, Daniel Cray, Janet Griffiths and Michael Parker. 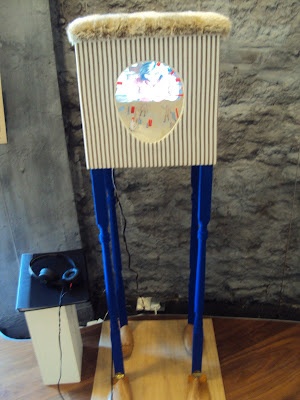 To begin with the actual piece of work looked like a cross between something out of Wallace and Grommit and a Heath Robinson creation. I especially loved the feet made from wooden shoe stretchers........(something I have a bit of a weekness for myself)

The outter case topped with white fake fur was tactile and I just loved the little blue legs. The video was amusing and I even loved the graphics on the covers of the accompanying LP soundtrack.

It's a shame the exhibition is over because I'd love another look......But it will be going on to the Oxford University Press in October. 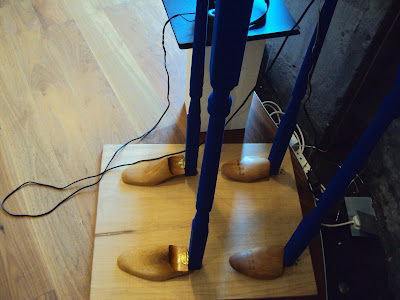 .......Last Sunday as it was such an awesome day we decided to have a stall on Peachcroft Farm Car boot Sale......to help reduce some of the weight on the loft rafters! 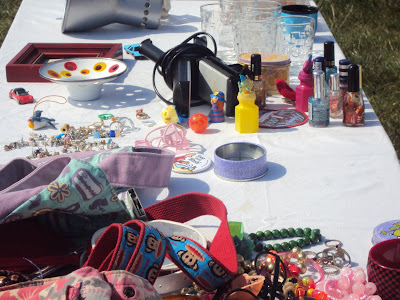 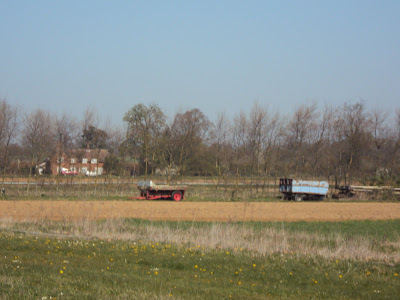 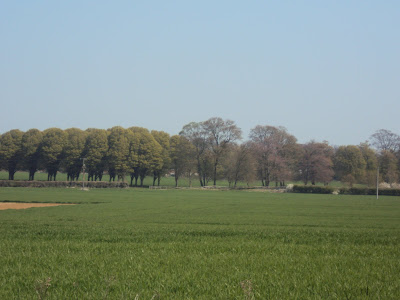 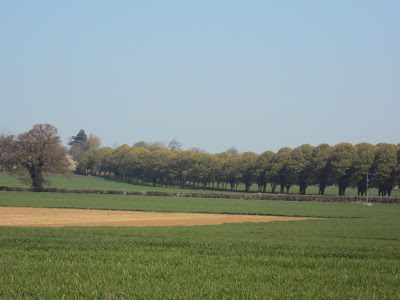 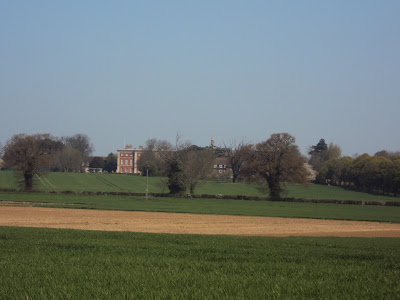 The whole object was to make room and get rid of things. I was determined to be strong willed and not buy anything....... 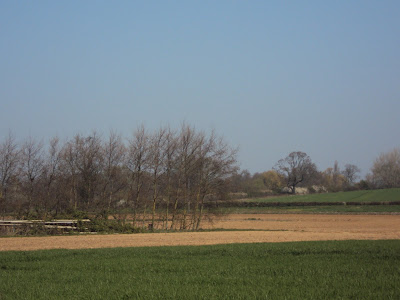 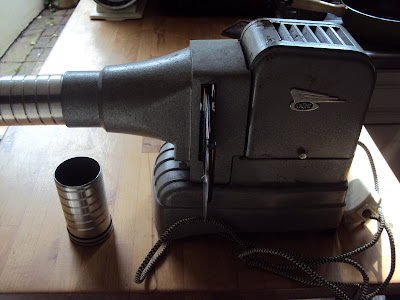 It's a 1970's Goblin projector, and it's still working and even has a spare battery! I've been playing with it ever since and hopefully it'll soon be part of an installation...... 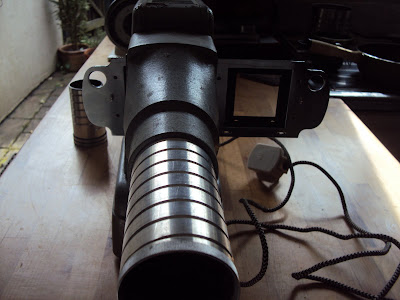 Isn't it lovely? And the best thing, besides it working is that it only cost me £1!
Posted by debby emadian at 12:57 1 comment: 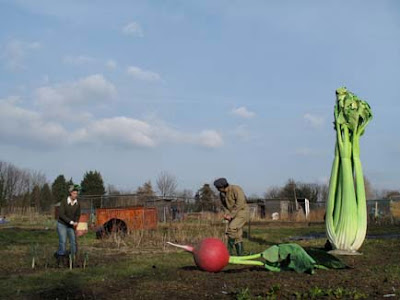 Still from Deja Vu, Maria Pask
I think I expected too much at the re-opening of Modern Art Oxford last Sarurday with it's newly covered outside exhibition space The Yard. The outdoor exhibition/cafe space was designed by architects at dRMM (de Ritjke Marsh Morgan) along with artist Richard Woods.
We'd been promised Art, Confectionary, Live Music and extended opening hours until 10am on Thursday to Saturday evenings. What more could we want, apart from maybe the hours extending even longer?

The last time I went to a preview at MOA was for the Obsessions Exhibition in 2008 held on a similar warm Spring evening. It had such a carnival, celebratory feel about it. People were spilling out onto Pembroke Street with glasses of wine and cigarettes in their hands to escape the hubub inside. Some to have a quick smoke, others to engage in quiet conversation. The buzz increased on entering the foyer as voices gradually got louder in an attempt to be heard over the sound of audio installations, and as they imbibed more wine.

In contrast, the first thing that hit us on turning into Pembroke Street last Saturday at 9pm was the lack of noise.....the second was the lack of people. No voices, no music, nobody......At first I thought we'd got the wrong evening. I checked and the lights were on in MAO and I could see someone inside watching a video next to an enormous stick of celery! We ventured in and were asked by that person if we'd come for the music and were told that there'd been a problem so there wasn't any. We asked if the gallery and cafe were opened. We were told that the exhibition in the entrance hall was open but not the one upstairs. Our disapointment was obviously noted and so we were told that the films upstairs were still running and so we could go and watch them.

Where was everyone? What had gone wrong? It's a shame it was such a let down and it was really embarrasing for us and whoever it was that was locking up the Gallery. But the exhibitions were interesting.

....and getting back to the huge celery stick I must say that Maria Pask's video Deja Vu was amusing. I'm fascinated by social history, records, diaries etc and as this piece was inspired by Rosehill Roundabout a community newsletter produced in the 1950's to 60's for the Rosehill housinng estate I was soon drawn in.

The other galleries exhibited films by Joanna Billing. One that caught my attention was entitled Where She Is At. It was filmed at the Ingierstrand Bath in Oslo. The protagonist was standing at the top of a very high diving tower debating whether or not to dive off into the water below. I was compelled to wait and find out whether or not she did....... The actual installation of the video screen atop a tall wooden tower effectively helped to draw me into the film's perspective in a physical sense. Maybe because although I'm not afraid of heights, I don't swim and have horrible memories of being made to jump into the deep end of the swimming pool in school swimming lessons.

I will probably have another look at the exhibition whilst it's on and as the ever-optimistic person that I am...I am still excited at the prospect of the new lively MOA when it is eventually completed especially as I notice from their website
(http://www.modernartoxford.org.uk/ )that The Yard will be opening on May 8th with an exhibition by Richard Woods....apparently he's even designed the aprons for the cafe staff...I can't wait....
Posted by debby emadian at 03:37 1 comment: 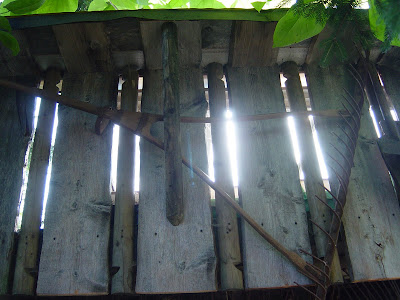 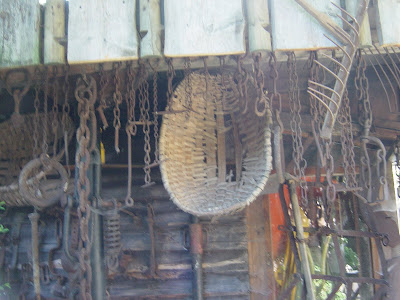 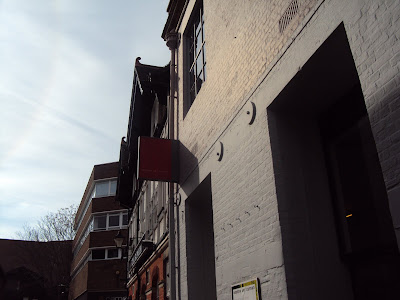 Modern Art Oxford is an awesome contemporary gallery with great exhibition space. I've seen some amazing exhibitions there over the past few years with internationally famous artists. 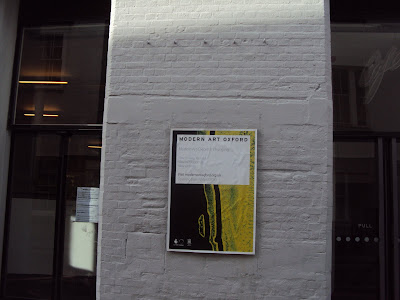 I was fortunate whilst at uni to be selected to exhibit an installation in a group show there entitled Obsessions along with other new and emerging artists . I must dig out the photo's, I'm not sure where they are..... 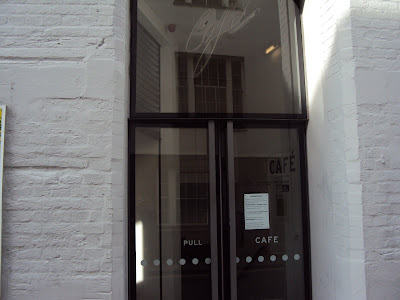 It has a comfy cafe with a relaxed laid back atmosphere and is currently being refurbished. I was pleased when I walked past today to see that work seems to be really well under way....I've just checked their website and they are opening on Saturday, whoohoo......and with new hours until 10.00am on Thursdays, Fridays and Saturdays. A cool venue to visit, can't wait for the next exhibition. 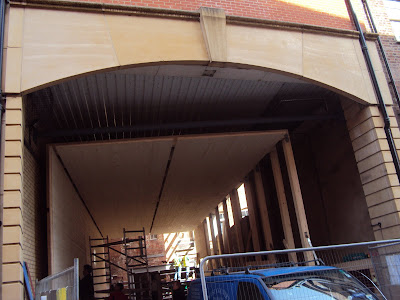 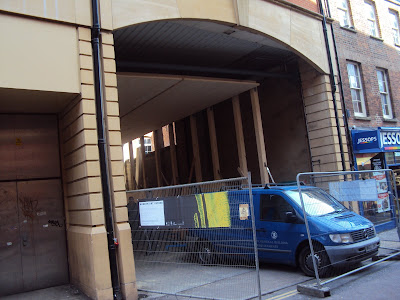 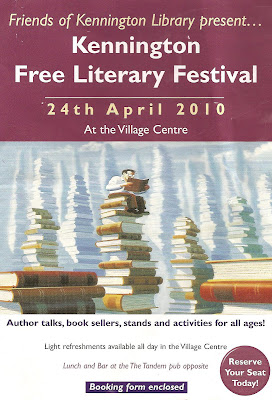 Our little village/suburb of Oxford is having it's own Literary Festival on 24th of April with a number of local authors including Colin Dexter the author of the Inspector Morse novels taking part. Kennington Artists will be having a stall with some information about the upcoming exhibition for Oxford Artweeks and the opportunity to buy a piece of your own artwork. 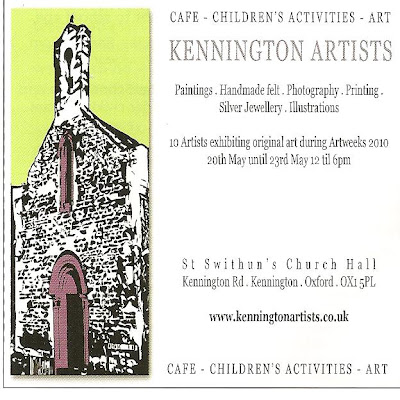 Posted by debby emadian at 23:19 No comments:

I should have posted this earlier, but it's not too late if you get a riddle on......you've still got a couple of days to produce a design for my cool nephew Josh and his mate Fran, all the details are below.

To tie in with the release of their debut EP, Fran and Josh are setting you the challenge of designing their first official T-shirt. The winning design will be worn by the band at all their gigs during Summer 2010 and sold in Firebrand’s online merchandise store.What you could win. The prize for the winning design comes in 5 parts:Fran & Josh will play a live gig in your home bedroom (or nominated venue) which will be filmed for use in a promo video. You will be offered work experience at Firebrand, Europe’s leading independent music merchandising business, overseeing production of your t-shirt5 printed T-shirts, for you and your friends. The chance to pitch as a professional designer for future F&J design projects. Your design work in Firebrand’s online store. How to Enter Simply do your stuff and save it as a jpeg named

‘tshirtcompyourname’. Then join the Fran & Josh T-Shirt competition group on facebook and upload your design. Oh and just in case – ‘yourname’ means your actual name...If you wish your design to be positioned specifically, you can download the t-shirt template from the Facebook page and send your design as it is intended to be seen.If you are not on Facebook , or you do not want to be friends with Fran & Josh for your own private reasons, you can e-mail your design to timspaceman@hotmail.com, but please keep your jpeg below 5mb. A high-res version will be required if you are the lucky winner.http://www.facebook.com/group.php?gid=177353847129&ref=ts

Closing date will be 7th April 2010, the winner will be announced on 14th April.Terms & Conditions Designs received after 7th April will not be considered Original artwork must be made available upon request Winner agrees to any use of their design in promotion of Fran and Josh (eg: printed material, website promotions, CDs)Winner’s gig must fit around tour dates Winner may nominate alternative venue for prize gig, subject to management approval Fran and Josh reserve the right to film winner’s gig for use in promotional activities Shortlisted entries will be displayed on Myspace and Facebook Work Experience with Firebrand subject to company commitments Minimum age for Firebrand work experience is 16.Official photographs may be used in the design – you can find them on the competition page http://firebrandlive.com/about-firebrandhttp://www.myspace.com/franandjosh