There's A Lot of Money in Chairs 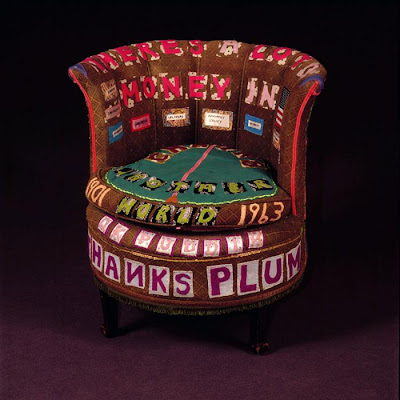 There's A Lot of Money in Chairs, Tracy Emin 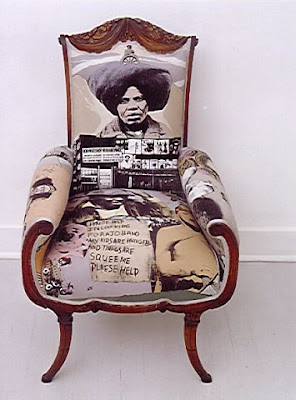 Seat For the Rich on the Lap of the Poor, Steven Cohen
I'm not sure why I'm attracted to artwork that involves the use of furniture. Especially chairs, I don't spend much time sitting down..........Although I have to admit that since beginning to blog-write I do sit down much more than I ever did before.
It's probably something to do with the association of domestic comfort and the idea of home. I
must read up my Bachelard.....He said that "one reads a room." I can't remember if upholstered furniture comes into the equation or if it's just chests of drawers!

Tracy Emin's, There's A Lot of Money in Chairs, was made from a little rotund chair given to her by her grandmother, along with the advise that Emin used as the title for the piece. I'm sure that in Emin's case these pearls of wisdom will prove to be true.
She has given the chair similar treatment to her quilts, appliqueing the fabric with appropriate text that she confirms "tell the story of her life." Although I do sometimes think that Emin is having a joke at our expense, I also can't help but be attracted to the naive quality it has as well as her honesty in sharing the most banal aspects of her life.
It was coming across the above piece Seat for the Rich on the Lap of the Poor by South African Artist Steven Cohen that reminded me of Emin's chair. Their is definitely a similarity in their choice of medium, although Emin used text whilst Cohen used screen printed images to express the concept of his work. 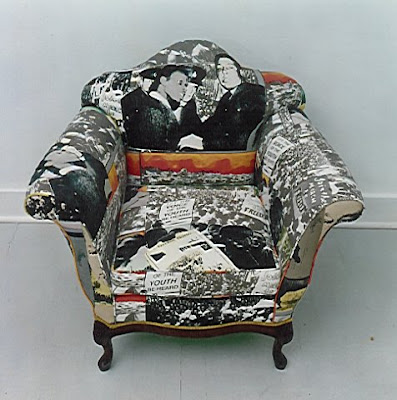 There are obvious themes that reflect his South African roots with images that take us back to the Civil Rights Movement of the 60's. These again make a cross over to Emin's work as racial prejudice is a theme which she has woven into her work. Memorably for me a quilt inspired by a conversation with her mother as small girl. It was precipitated by shouts to her mother of 'nigger lover,' referring to Emin's father. The young Emin apparently asked her mother 'what's a wog?' To which she replied 'Western Oriental Gentleman.' I think this country has moved on a bit since then but I still find the quilt an emotive piece, that takes me for one to a place where a small child could feel the threat of such prejudice. 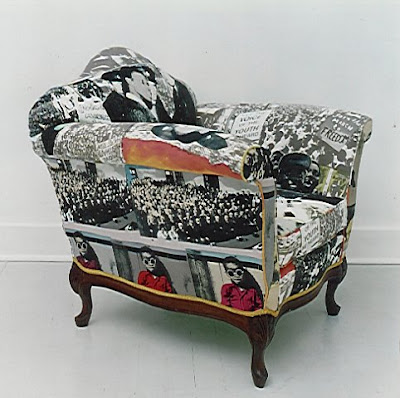