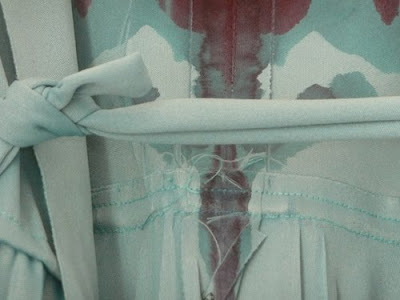 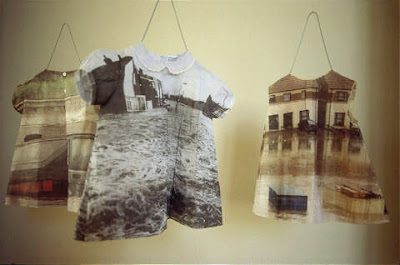 No escape, 2006
I've liked Shelly Goldsmith's work for a number of years now. I think around 2006 I discovered similarities in theme and medium in an installation that I was working on, to one that she had produced six years earlier. Memorably the installation No escape in which images of flood scenes had been transfer printed onto children's dresses. She described the dresses as being 'rescued' from a children's home in Cincinnati. Not from flood waters, but from being thrown away, as they were considered too old fashioned for the children to wear.
Her work as with a number of other artists, whose work I admire, touches on themes of memory, emotional longing and loss, and has been informed by the sense of loss that she has felt at the emigration of members of her family from the UK to Ohio, 25 years ago.
Posted by debby emadian at 05:07