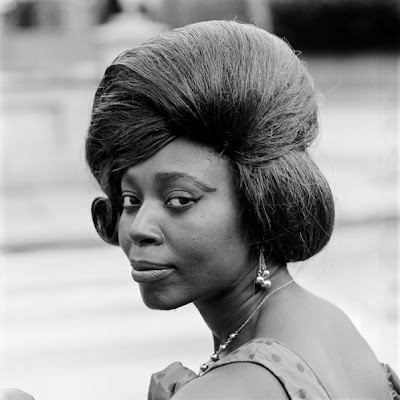 leads a tour of the

historian and film maker. Her work has appeared in publications such as The National Geographic, The Statesman, The Dubliner and Time Out. She has given lectures and talks at a number of universities such as Cambridge, Kumasi, London and Oxford. She has been the curator of exhibitions and events for the British Council, the British Museum, e Liverpool Biennial, Royal Festival Hall and the Victoria and Albert Museum. Her films have been nominated for prizes at a number of festivals, including the Festival of African Film in Milan, screened at the Museum of African Diaspora, among other places, and also used in academic study programmes. Her first work of fiction, The Tightrope Walker, was launched at the Hay Literature Festival in May 2010 and she is presently writer-in-residence at Triangle France in Marseille. She is the director and co-founder of ANO, a cultural think tank that investigates modernity in Africa and its diaspora.